The Basics of an Arbitral Award: How an Arbitration Award of Binding Status Functions

An arbitral award serves as the final award that gets granted by an arbitrator. The award is part of every arbitral decision. An arbitration award often refers to one party having to pay the other party. But some arbitral awards function as non-financial awards. An award could stop a certain business practice from taking place. Or, an award could create a new employment incentive.

Every arbitral award is a legal determination. An award has unique merits set up by an arbitration tribunal. Though an award holds legal power, it is different from a judgment in a court of law. The term “award” gets used even when a claimant's claims fail. This means the award refers to no money going toward either party. But most arbitral awards do not have a non-monetary nature.

Arbitration is a form of ADR: alternative dispute resolution . It’s a legal process in which disputing parties make arguments. Those arguments happen in front of an arbitrator. The arbitrator functions as a neutral third party. Arbitration is a popular replacement for litigating disputes in US court. Most arbitrators are lawyers or former judges. They make an arbitral decision after arbitration hearings conclude.

An arbitral decision has legal binding status. This means that an arbitration decision gets enforced by a court. The only exception is when arbitration is non-binding. When it’s non-binding, neither party has to accept the presented award. Instead, they can move the dispute over to court litigation. Or, they can begin a new arbitration hearing. Some parties even choose to take part in another form of ADR, like mediation. You're welcome to check out our organization’s articles about mediation. In fact, we have free articles about many aspects of arbitration and ADR.

Are Arbitral Awards the Same Legal Concept as Jury Decisions?

No, jury awards function as their own legal version of an award. The average jury award provides monetary damages. Of course, this award gets provided through a jury in civil court. The jury award from a court goes into effect once a civil trial concludes. An arbitration award gets provided by an arbitrator. This always takes place at an arbitration hearing. An arbitral decision or award never gets presented in court. Learn The Difference Between Mediation and Arbitration .

Why Does Arbitration Take Place Instead of Court?

Sometimes arbitration happens because it’s ordered by a US court. But most of the time, arbitration takes place because of a private dispute. Most arbitral disputes relate to the terms of a contract. Many consumer and employment contracts feature an arbitration clause . (Or, of course, an arbitration agreement .) People sign contracts with arbitration clauses well before any disputes take place. This means both parties agree to resolve a potential conflict through arbitration. This becomes official as soon as parties sign a clause, agreement, or contract.

Most arbitration awards refer to an award that resolves damages against a party. The majority of arbitral tribunals have a range of potential remedies. They can apply these remedies as part of an award. Here is an example of this law related concept. A tribunal can order a party to pay an exact sum of money. When this happens, a party is compensating for “conventional damages.” Arbitral tribunals can also provide a “declaration” to the parties. The declaration can consist of certain conditions that a party must meet. Also visit Pre Dispute Arbitration Clause .

Most arbitral tribunals have about the same amount of legal power as courts do. They can instruct a party to refrain from taking almost any action. Tribunals also can instruct a party to do certain things through the law. These are examples of “inductive relief” in the arbitral process. Arbitration tribunals can also make parties perform certain actions listed in a contract. This applies when a contract features an arbitration agreement or clause. Arbitral tribunals have the power to set aside or cancel terms within a document. Check out Final Offer Arbitration .

Can Parties Make an Appeal of Arbitration Awards?

When Can an Arbitral Award Get Set Aside by a Court?

The US Supreme Court has made some changes to the scope of court jurisdiction. This applies to Section 34 of the Arbitration Act. The Supreme Court decided that a court does have the power to set aside an award. But the court must refer to many grounds featured in the Arbitration Act. If you’d like detailed arbitral information about this, please call our organization. Or, you're welcome to email us or send a message using our website. Also visit Mandatory Arbitration Provision . 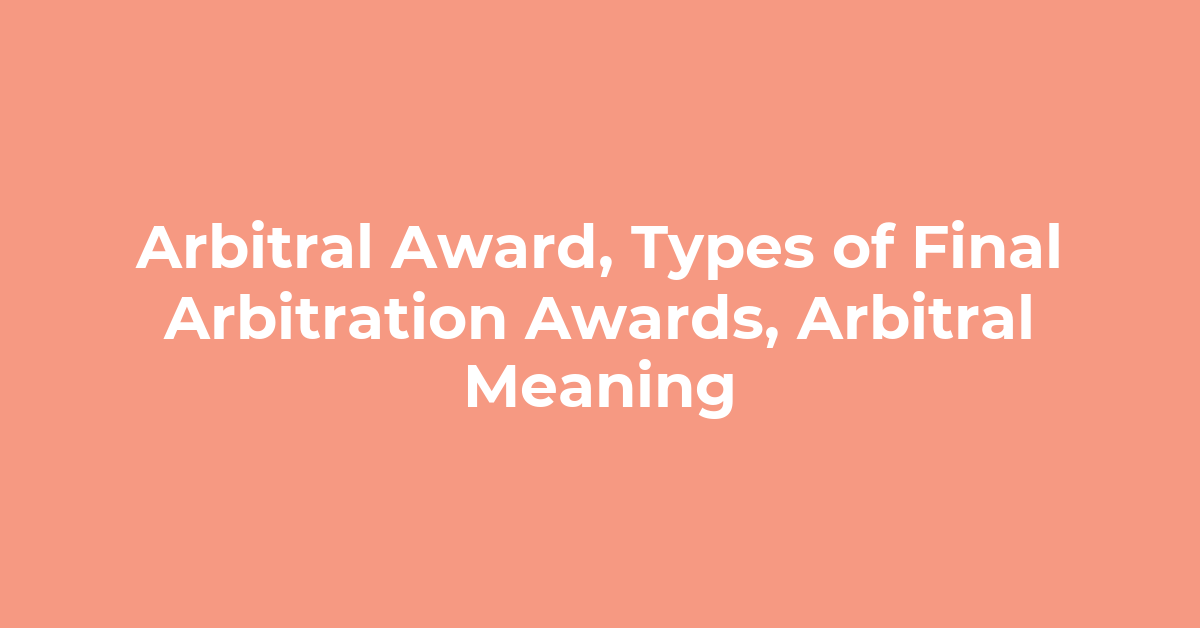 When Am I Able To Appeal a Binding Award After Arbitration?

Another reason to appeal an award is when a winning party uses corruption or fraud. Appeal the decision if you believe corruption or fraud led to an arbitral decision. This does not happen often. Why? Because an arbitrator should recognize that fraud or corruption. Sometimes an arbitrator can make an error of mathematics. This takes place when calculating a winning party’s financial award. That is another key reason for appealing an arbitral decision or award. How To Use Arbitrate in a Sentence ?

What Takes Place If I Win the Appeal for an Arbitral Award?

Say that you win the appeal that contests an arbitral award. This means that the award of binding status gets vacated ASAP. The award can no longer get granted on an immediate basis. Then, the dispute can move to a US court of litigation. The parties do not have to go through the arbitral process again for some time. Also visit Arbitration vs Litigation .

Should I Talk to a Lawyer About a Potential Arbitration Award?

Are you in a contract dispute and must arbitrate it? If so, you might want to communicate with a business lawyer. Of course, he or she will assist you with the arbitral process. A lawyer can also help you appeal an arbitration award that’s gotten presented. Consider doing so if you're dissatisfied with an arbitral outcome. Also, you're welcome to contact our organization with questions about arbitration awards. Our experts can supply you with arbitral and legal tools, resources, and information. Check out Binding Arbitration Agreement .

What Is the Meaning of “Arbitral?”

Is the Arbitral Award in a Contract?

Arbitration takes place based on terms inside two or more parties’ arbitration agreements. Here is an example. A commercial contract often features an arbitration provision . Parties agree to arbitrate a dispute before it even takes place. Many contracts feature this type of arbitral provision or clause. The exact terms of an award is up to the arbitrator or arbitral tribunal. Terms of an award get based on presented evidence and testimony.

Who Appoints the Arbitrator?

What Is the Final Arbitration Award?

The final arbitration award is the arbitral determination of merits in a dispute. This is where a decision takes place by a tribunal in arbitration. Every final decision refers to the “award.” An award still exists even when claims fail. Say that the arbitral tribunal decides that neither party has to pay money. This means that there is a non-monetary award. An award almost always gets presented to parties through writing. This takes the place of an oral presentation by arbiters. The arbitration award is final and binding like that of a court judgment. This way, an award can provide a lasting resolution for any type of disagreement. Read about Insurance Arbitration .

The Three Types of Final Awards in Arbitration.

When it comes to awards in the arbitral process , there are three different types. The most common award is the “standard” award. It states the final decision of an arbitrator in a conclusive manner. But it won’t provide many details about how a tribunal analyzed evidence. Then you've got the “reasoned” arbitration award. It’s very much like the standard award, but there’s one key difference. The arbitral panel provides reasons why they made their final decision. There is no official name for the third type of arbitration award. Some call it the “detailed” award. That’s because it provides more specific details than a reasoned award. It brings up many facts and legal conclusions that apply to each arbitrator.

Let Us Know If You Have Questions About International Arbitration

Read about Full Scale Arbitration Services . Arbitration and arbitral awards function in a different manner through any international setting. You're welcome to browse our articles and services about international arbitration. Or, you or your business can contact us with international related questions. We’ve put in place agreement after agreement in countless international countries. This applies to all aspects of commercial arbitration and compliance. We can even connect you to an international attorney of high prestige. He or she will know the law and help you make informed decisions. Of course, our own arbitration firm also knows the law. And we use that knowledge to give customers an alternative to going to court. Must visit Mandatory Arbitration .

We Provide Arbitration Services That Get Results

Arbitration vs Mediation vs Litigation . Our team assists thousands of disputing parties by creating agreement after agreement. We can help any business or individual avoid court. Why? It’s simple. Many court decisions are, of course, not fair. Arbitration law of any sector helps keep a dispute neutral. Think of going to arbitration as an investment. You're protecting your time and money while staying out of court. Of course, that’s a key reason why our experts will draft parties an agreement. Through the law, an agreement keeps parties from paying high court costs. Please contact us at any time to learn more about our services. Do not hesitate to contact us if you have a question about the law. The ADR and legal experts of our association are here to help you succeed. Visit Interest Arbitration Services . 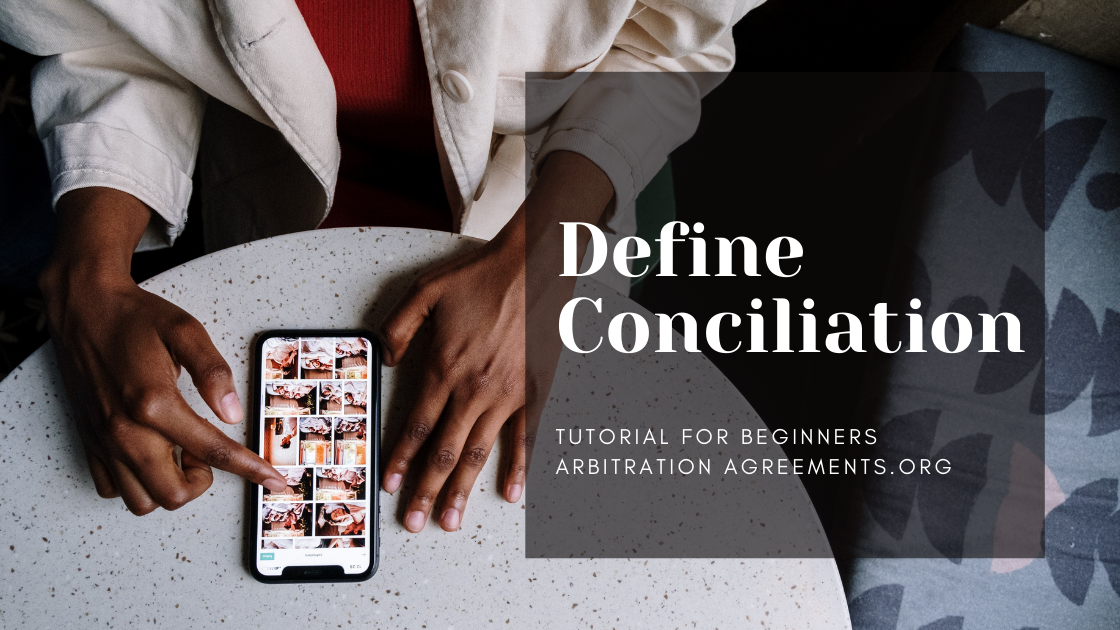 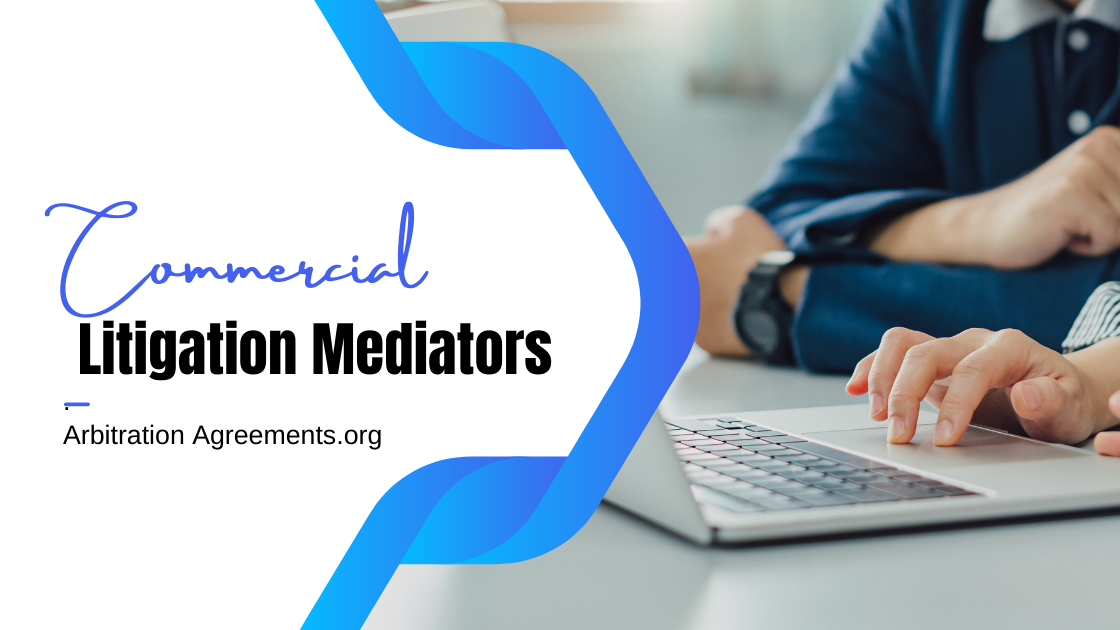 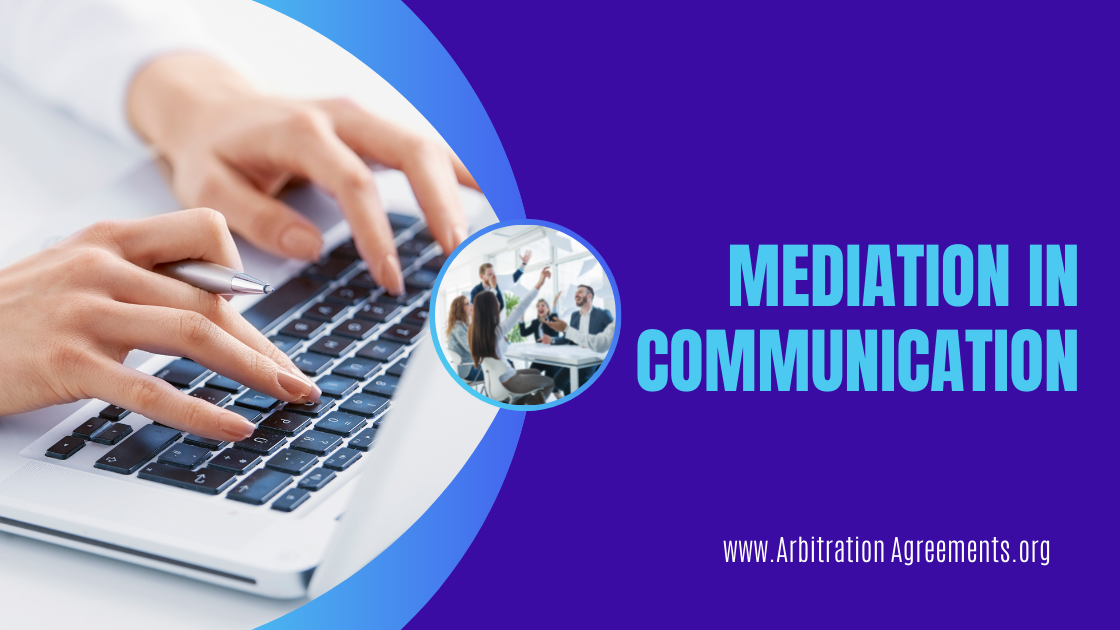 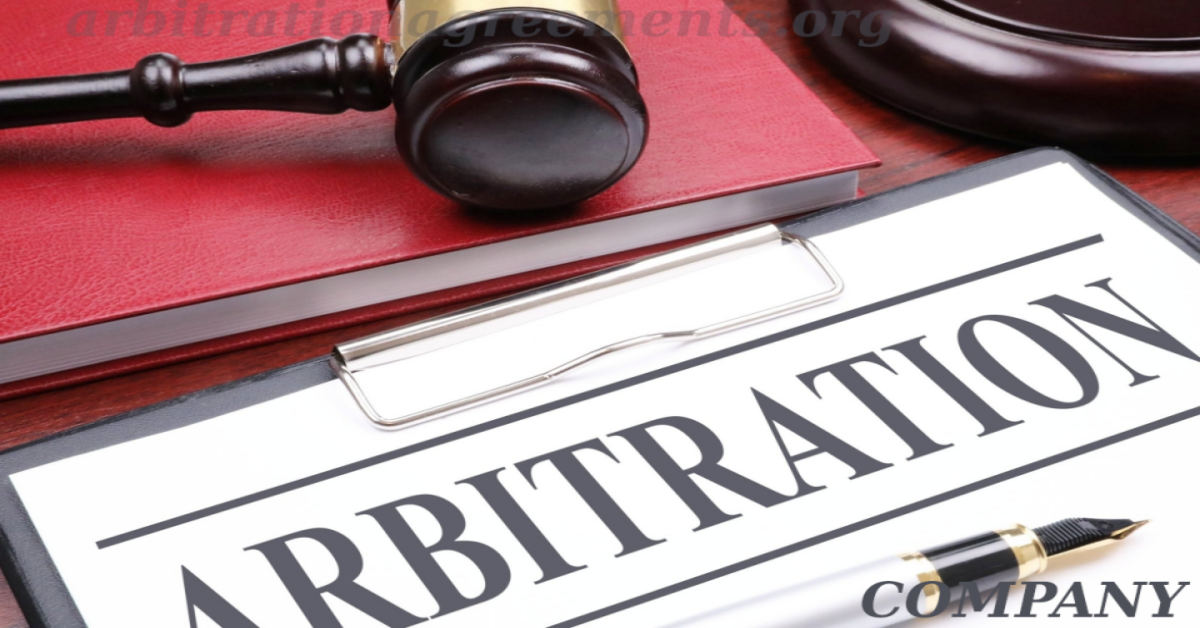 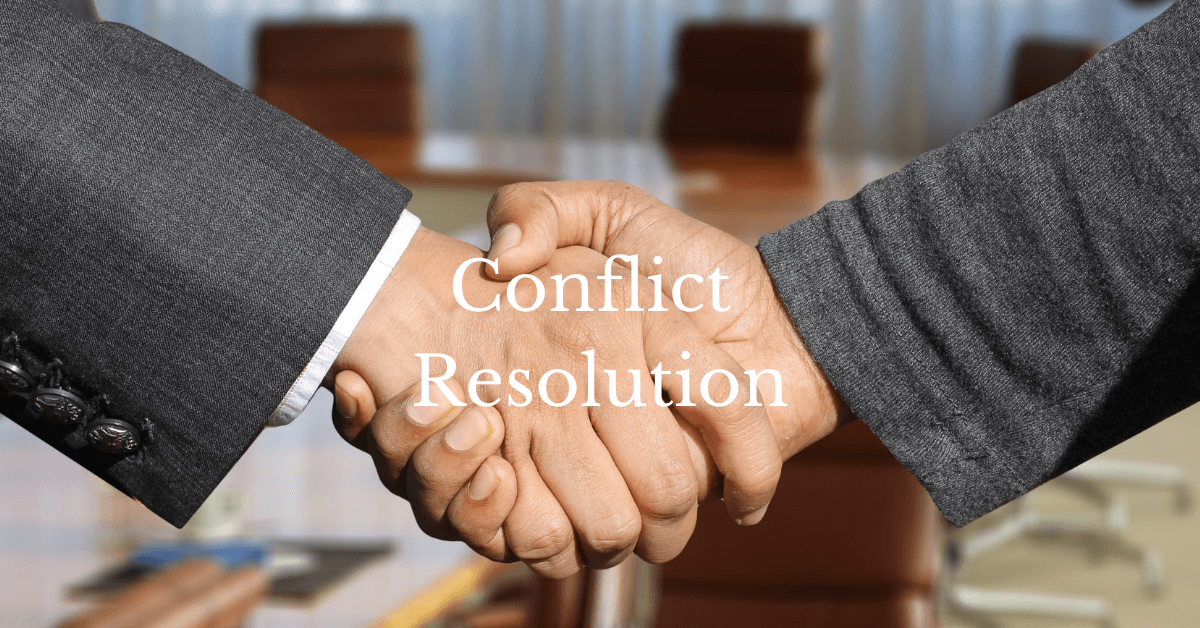 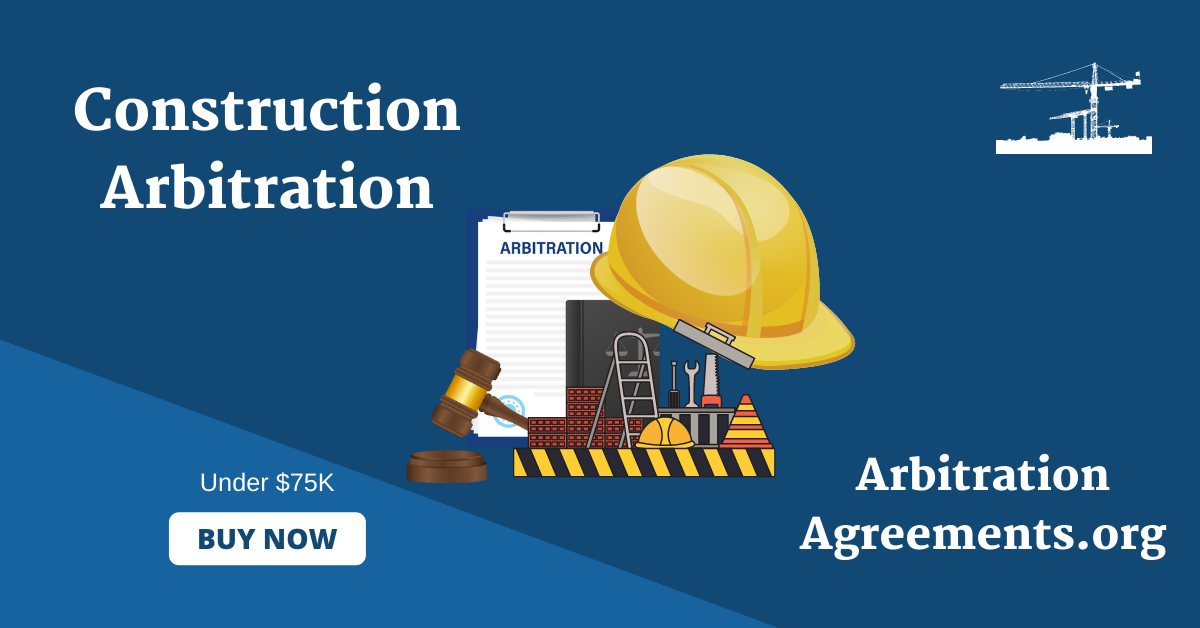 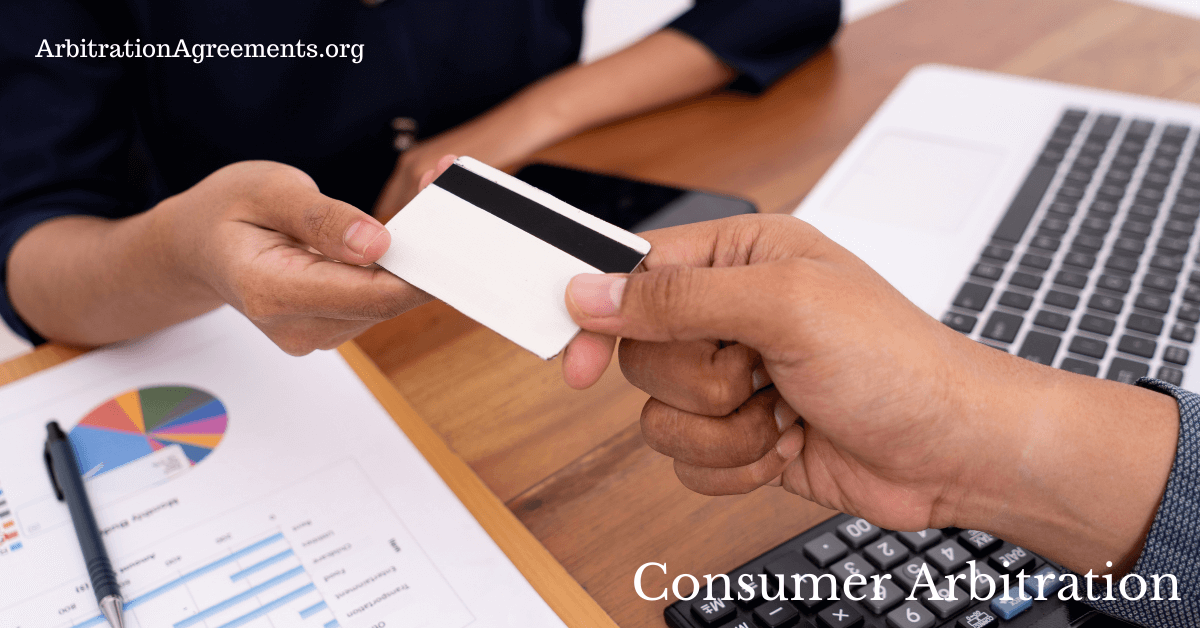 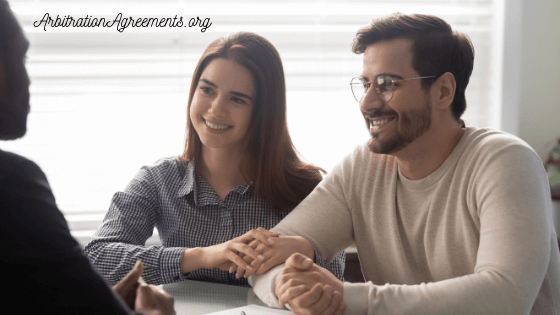 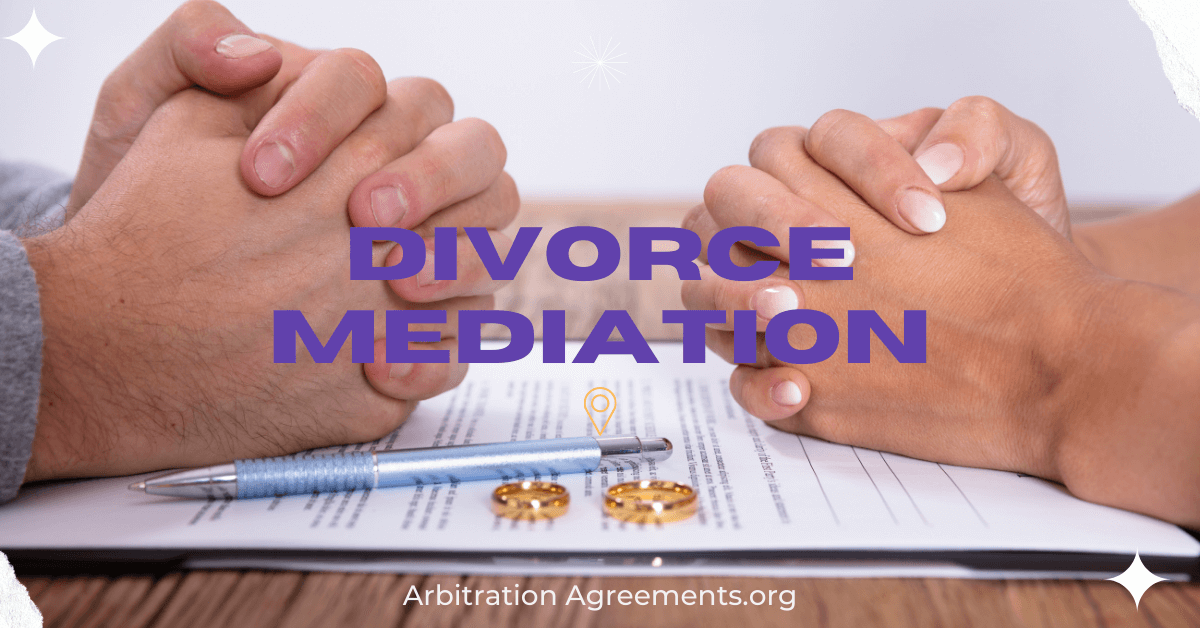